Franca Coin, president of the Venice International Foundation, explains the cultural project that opens Venice up to the region

‘I don’t want to be the old aunt who appears in all the wedding photos, but the “Canova mon amour” project 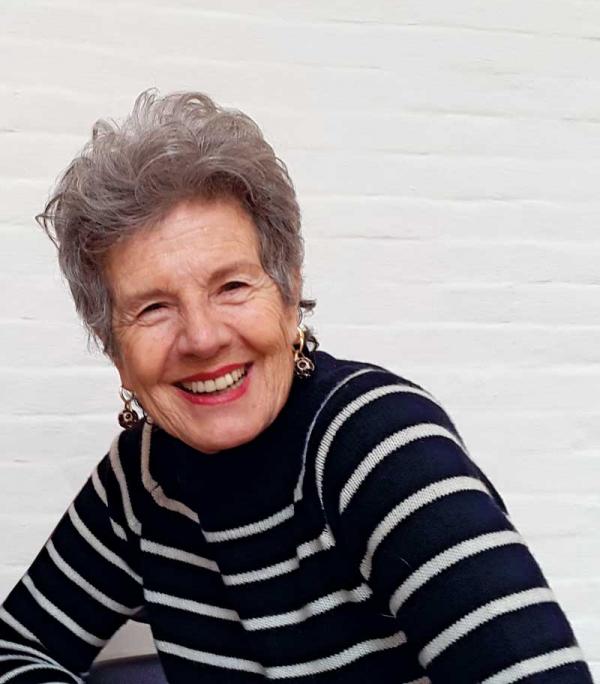 captivated me. So thank you, Minister, for being with us to seal an example of cooperation between public and private, private and UNESCO, private and private in the name of culture, of beauty. My motto is: together you can. I add: you can and you must.’

Franca Coin had thought about and polished the outline of the speech she gave shortly after, before the Minister of Culture Dario Franceschini, at the opening of the new Canova rooms in the Ala Palladiana of the Gallerie dell’Accademia, on the journey made numerous times, between Asolo, Possagno and Venice, places of a geography of the heart to her: the places of Antonio Canova, star of a project that is only the latest in a series of exciting adventures conceived by the Venice International Foundation over its twenty years of activity. Franca Coin willed it with all her heart and directs it with irrepressible enthusiasm.

‘The project started with an idea. Along the way things happened, which gradually gave it form. They were in the air in my opinion. They were waiting to converge. Bringing them together was the most enjoyable task. Why Canova? I also ask myself. Overwhelming coincidences: the fact that in 2012 Gabriella Belli came to direct the Fondazione Musei Civici di Venezia, with the president 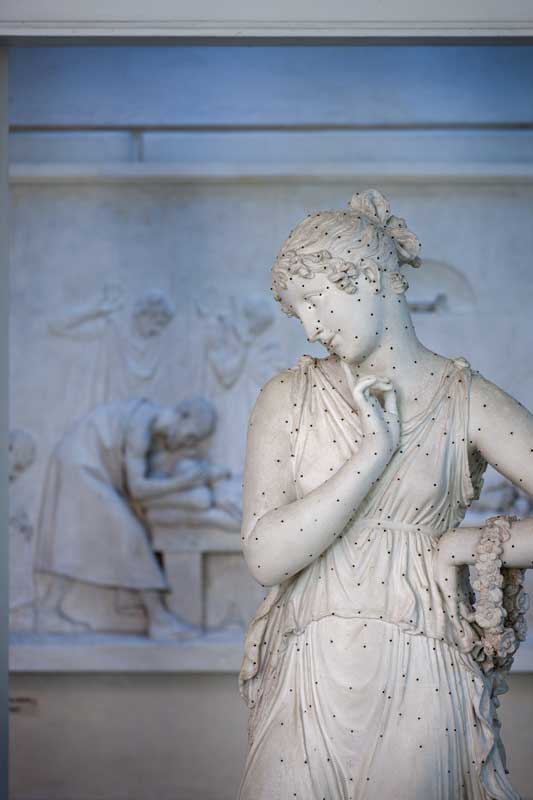 Walter Hartsarich, and presented the ambitious  plan of reorganising the Correr, divided into sections,  and that one, the ‘Sublime Canova’, should be centred on the Canova works in the museum; that I live in both Venice and Asolo, the artist’s homeland; my attachment to the nearby Plaster Cast Museum in Possagno, whose presidency I accepted; the opening, in that same year,  of Friends of Venice Italy in America.

I had only recently discovered that three original models for the statue of George Washington that Thomas Jefferson, president of the USA – an admirer, not by chance, of the architecture of another great Veneto man, Andrea Palladio – had asked Canova to do are held in Possagno. And yet our American friends did not have any great enthusiasm for him: I often heard the words: “Canova who?”. An exhibition on him at the Metropolitan Museum of New York, small but of strategic media resonance, came to my aid in reminding them who Canova is.’

Again the game of committees. And that sudden success also drove on the project, defined its contours, suggested the idea of opening the Venice of Canova to the region. It had never happened before. Franca Coin put the Musei Civici Veneziani in touch with Asolo, Possagno and Crespano del Grappa. And here was another element: the exhibition Venere nelle terre del Canova.

‘2015 came around. I read that there wasn’t enough money to furnish the Canova

rooms at the Gallerie dell’Accademia’. Another sign: the third element.’
Franca Coin found another willing partner in the state museum.
‘I like sewing. So, that was an embroidery.’

A patient task of weaving new relations. The project is now complete, divided into three parts, each with its own identity.

‘I call it “Canova mon amour”. This, too, was an instinct. My signature has always been accompanied by a drawing of a heart and this clearly represents the enthusiastic support of those who put their hearts into the project along with the Venice Foundation: the two Comitati Privati Internazionali per la Salvaguardia di Venezia that operate under the aegis of UNESCO, the French one for the Correr and Venice in Peril Fund for the Gallerie, but also micro-patronage. I have always tried to arouse a pride of belonging through forms of spontaneous, widespread donation. I don’t want societies, I want people, according to each one’s possibilities, like the pupils of the Liceo Montale in San Donà di Piave, whose donation helped restore the immense ceiling of the Sala del Maggior Consiglio in the Doge’s Palace, adopting a square metre of it.’

Restoring is important, bringing alive is indispensable. What can the mission of the individual be in the cultural field?

‘I see it in appreciation.’

This is already, in itself, the style of the Venice Foundation. Looking for widespread support and asking for the hearts of the supporters goes beyond the 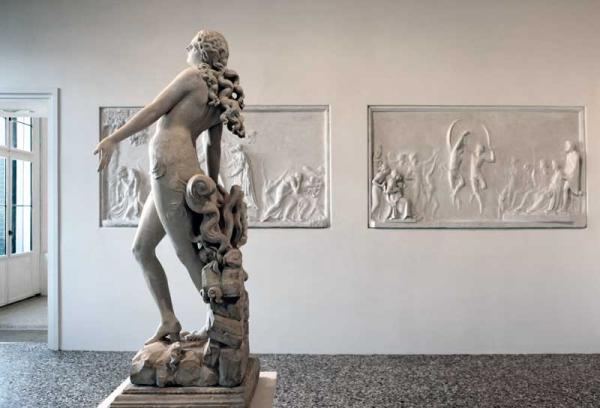 role, though important, of the fundraiser: it creates sensitivity. And the sense of belonging comes back into Franca Coin’s reasoning. ‘Appreciating to me is teaching, educating to the discovery of beauty’, which is an expression of civilisation, it shapes the environment, establishes identity. She likes the new word ‘edutainment’, education and entertainment, transmission of the pleasure of knowledge.

The most heartfelt project by the Venice Foundation over these last twenty years and the future goals...

‘Every project absorbed me, while I totally lived it. It was that.’