Seventy years after the revolutionary collector’s move to Palazzo Venier dei Leoni and forty years after her death, the collection celebrates Peggy Guggenheim with an exhibition dedicated to her thirty years in Venice, which were fundamental for the history of twentieth-century art.

by Karole P. B. Vail

During the celebrations for her 80th birthday at the Gritti Palace on the Grand Canal, Peggy Guggenheim (1898-1979) was hailed as “the last Dogaressa”, following the Venetian tradition of doges elected as heads of state for life at the time of the Venetian Republic. But Peggy Guggenheim had already in February 1962 been named honorary citizen of the city, which she had chosen as her final home after New York, Paris and London. 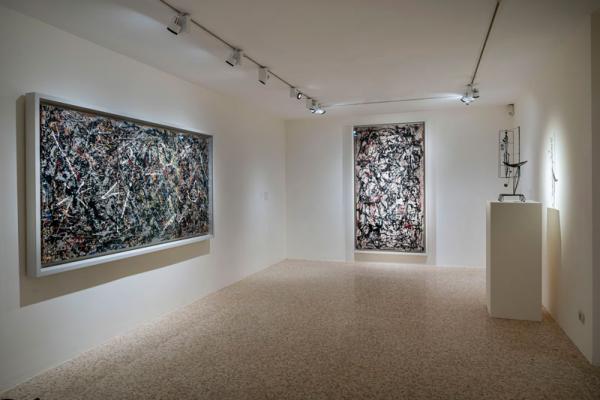 Peggy had always deeply loved the Serenissima, a passion born thanks to her first husband Laurence Vail, artist and writer, who in the 1920s introduced her to the artistic bohemian scene of Paris, and who led her to consider buying a property in Venice long before she actually moved in. It is not surprising, therefore, that Peggy Guggenheim should have finally decided to move to the lagoon and make it her future home. In 1948 she was invited to exhibit her collection at the 24th Venice Biennale and in 1949 bought Palazzo Venier dei Leoni, an unfinished building overlooking the Grand Canal, into which she moved with her unparalleled collection of twentieth-century modern art, collected in a surprisingly short decade, starting in 1938, following her well-known personal motto: “buy a painting a day”. 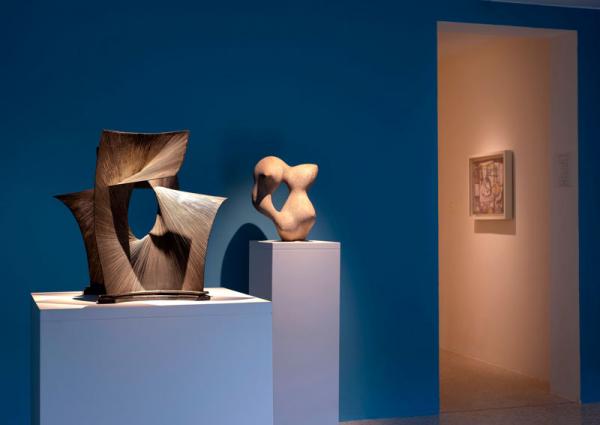 Peggy Guggenheim’s reputation became legendary thanks to an unparalleled collection and personality, and the thirty years spent in Venice expressed her dedication to art fully and until the end. Aware of the privileges she enjoyed, she helped the artists she admired and helped develop their talent, deeply convinced that it was her duty to do so. Guggenheim was a pivotal figure for collecting in the twentieth century, having focused on always original and wholly new artistic choices. In this sense, I believe she was, and still is, an example for twenty-first century collectors, who like her focus their attention on emerging talents. She was a very determined woman, a revolutionary, who not only rejected bourgeois social conventions, but disrupted them; a woman who with her choices left an indelible mark in the history of twentieth-century art. 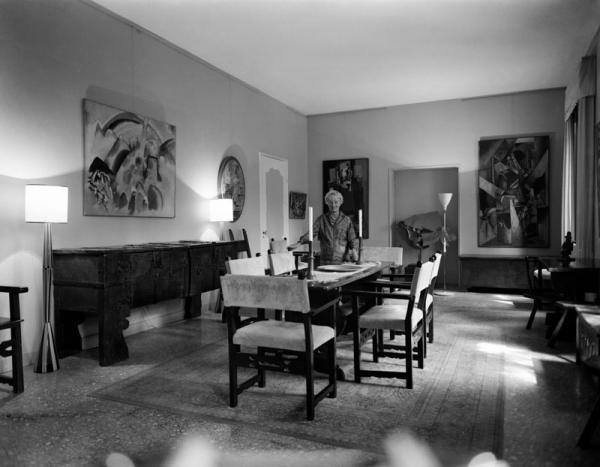 Peggy was undoubtedly a free and non-conformist spirit and still remains a revolutionary figure. She did everything she wanted at a time in which such was not the norm for women. She dared to dare.

This year the museum named after her celebrates a double anniversary: the seventy years since Peggy’s move to Palazzo Venier Dei Leoni and the first exhibition held here, and the forty years since her death. The Peggy Guggenheim. The last Dogaressa exhibition, which runs until 27 January 2020, crowns 2019, retracing the steps that marked those thirty years spent in the lagoon, from 1948 to 1979, which later proved to be real milestones in the history of twentieth-century art. The 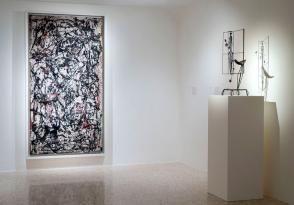 exhibition focuses specifically on her collecting post-1948, after her departure from New York and the move to Venice, and offers the rare opportunity to revisit and re-contextualise famous masterpieces such as René Magritte’s The Empire of Light (1953-54) and Study for chimpanzee (1957) by Francis Bacon, alongside Venetian masters such as Emilio Vedova, Tancredi Parmeggiani and Edmondo Bacci. Rarely exhibited works will also be on display, such as René Brô’s Autumn at Courgeron (1960), Kenzo Okada’s Above the white (1960 ) and Tomonori Toyofuku’s Deriva No 2. (1959), thus demonstrating Peggy Guggenheim’s interest in a contemporary vision of Japanese aesthetics beyond Europe or the United States. 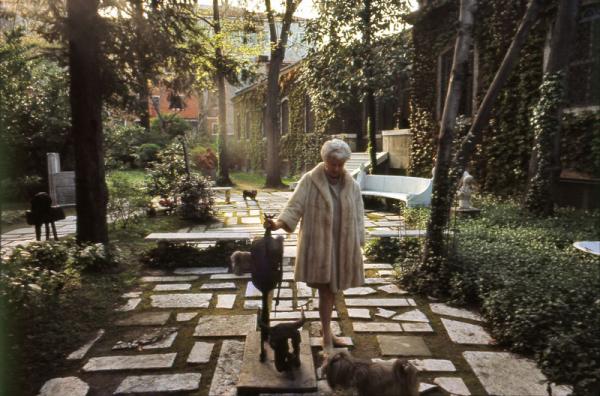 The exhibition opens with a section dedicated to the 1948 Venice Art Biennale, in which Peggy Guggenheim presented her collection for the first time in Europe, and to the first European solo show of abstract expressionist Jackson Pollock, held in 1950. It then proceeds with a tribute to the first exhibition organised by Guggenheim at Palazzo Venier dei Leoni, in 1949; an exhibition of contemporary sculpture. This is followed by the monumental painting  Ireland (1958) by the American painter Grace Hartigan, the only woman among the abstract expressionists present in the collection. The exhibition then examines the support that the collector offered Italian artists active from the late 1940s, while the last few rooms examine her interest for 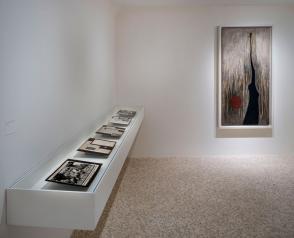 English painting and sculpture of the fifties and sixties, for optical and kinetic art of the sixties, and for the CoBrA group, whose name derives from the initials of the cities from which the founders originated: Copenhagen, Brussels and Amsterdam. The CoBrA artists supported aesthetic theories with a strong political content and reacted to the horrors of the Second World War by demanding new forms of artistic expression. The event is crowned by a unique feature: Peggy’s scrapbooks, precious albums in which the collector meticulously collected newspaper articles, photographs and letters, which reveal unpublished episodes of various phases of her exciting life as a passionate philanthropist.

Karole P. B. Vail  is Director of the Peggy Guggenheim Collection in Venice and Director of the Fondazione per l’Italia since June 2017. Before her appointment she worked for twenty years as a curator at the Solomon R. Guggenheim Museum in New York. 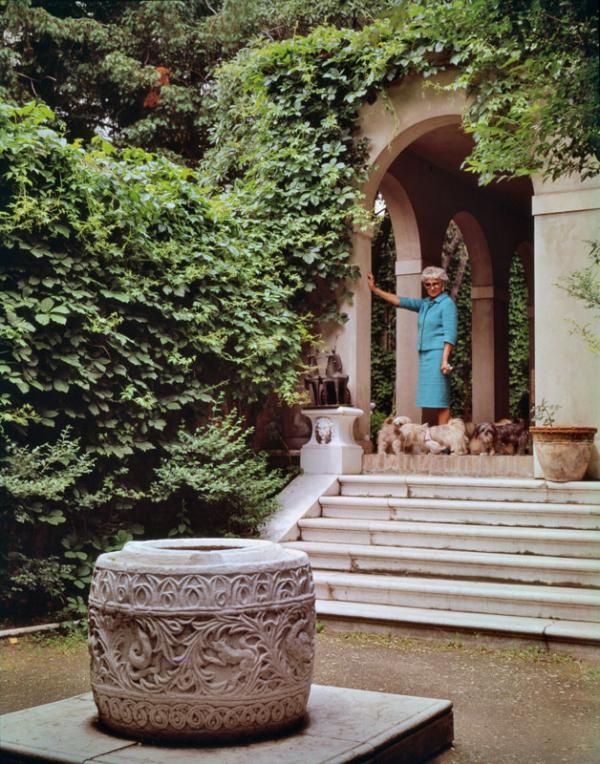