The future is possible and we make it happen

Paolo Baratta, President of La Biennale, talks about the future plans of this institution, in the year of its 120th anniversary

Interview with Paolo Baratta, President of the Venice Biennale

Bringing forward the opening to May, the Art Biennale intersects with the Expo. What opportunities for the country do you hope for with this conjunction?

We decided to stage the longest Biennale ever and open at the beginning of May because to us it seemed advantageous, given the country’s  engagement in the Milan event, that those invited to come to Italy 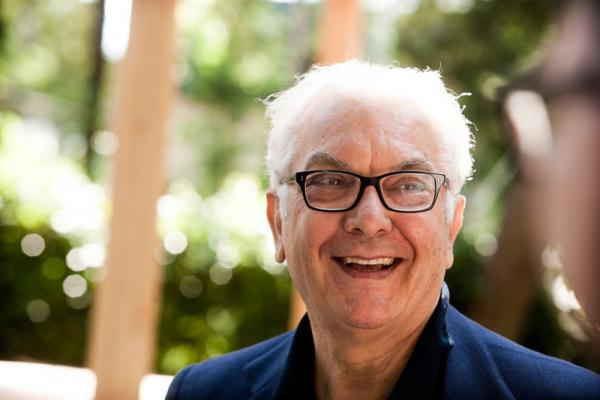 be also offered the chance given by the art exhibition, which is also a traditional occasion of international gathering. I cannot say whether the people who want to visit the Expo will be interested in adding the visit to the Biennale; we’ll see. The important thing is that the country shows itself to be reasonably coordinated.

The 56th Art Biennale, directed by Okwui Enwezor, is going through a tumult, the debris of the contemporary under the sign of Klee’s Angelus Novus. Where does the wind of History push it?

In the recent past (Art Biennale 2011) we investigated the relations between the work and its observer and on the expansion of the perceptive faculties that the latter must develop to approach art (contemporary, but we also showed Tintoretto regarding this subject). In a more recent Biennale (2013) we investigated the energies and interior impulses that induce people to become artists; that is, to feel an impelling need to express themselves through images (the impulse of utopia and that of obsessions). This Biennale is intended to verify the promptings that come from the outside world, from the rush of the historic, social and political events of the moment, that leave the world with serious ruptures, spreading everywhere a sense of anxiety in contrast with the advance of knowledge and technology; we want to hear the artists’ responses.

One of the main dangers in complex moments marked by high tensions lies in possible misunderstandings, even only verbal, and cultural disorientations that can become triggers. Dialogue, the best knowledge, an awareness 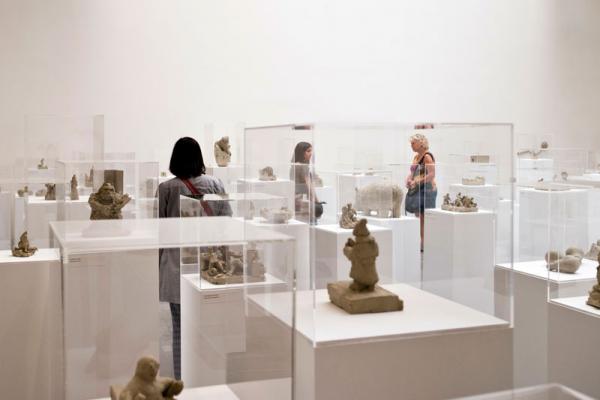 of difficulties that cannot be overcome with ‘off-the-shelf’ remedies, are the only way.  We must overcome with imagination and creativity the vacuums that economic, political and social theories seem to show up in crises. Art favours meeting, and in those long months of the exhibition -and in the weeks of its own festivals - Venice becomes a place of respite and world exchange, something quite other than tourism!

In what way can culture contribute to the economic well-being of a community, to the growth of the individual?

The word ‘culture’ is often on the lips of charlatans with abstract and semi-mystical meanings. One need only consider that ‘eventism’ (elixir of survival) has cancelled from the current lexicon the consideration that culture is primarily school, education and research (then also entertainment and perhaps the intelligent use of leisure). A country’s future lies not in surrogates, but in the commitment to enthusiastically taking part in the new knowledge society. In this sense ‘cultural activities’ that help form a more knowledgeable generation with broadened intellectual and cultural dimensions, also with the best knowledge of the art world, are important.

How can that enterprising Veneto, not resigned to being a suburb of the world, regain a central role, grasping the international visibility of these months?

Veneto was built by men who came from farming, who got up at four in the morning and with their families and little more devoted their lives to entrepreneurial activities as a kind of redemption for a previous poverty. And they did so knowingly, for themselves and for those they took with them into 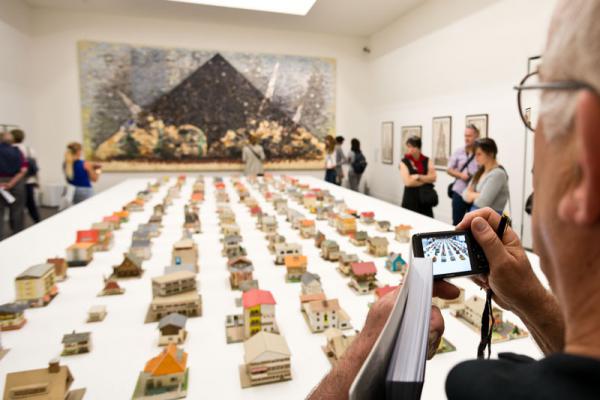 the new world of industry. I have always had the greatest respect for this people of ‘pioneers’ and ‘founders’. I have met a lot of them. The new generations are expected to measure up to these examples of commitment, but in the new forms that the profoundly changed reality imposes: knowledge, innovation and learning. Creativity is spoken of. Venice and Veneto have in the Biennale an organism that offers them initiatives of an international breadth, that only cities like London, Paris and Berlin can allow themselves. They profit from them, they are privileged compared to many others, we favour them with a very demanding educational programme, bringing entire schools for organised visits.

When you think of a new Renaissance for Venice, how do you imagine it? Does this world city still have the strength to experiment and propose a future for the world?

Reflecting precisely on these questions we decided to make a change starting with the Venice Pavilion. A ‘return’ to applied arts, but looking to the future, in a totally updated sense. We will exhibit and illustrate a certain number of cases in which will and creativity engaged productive and intellectual energies to achieve advanced solutions, where the use of digital is united with the learning and knowledge developed. A first step that will be followed by others. Leading edge technologies and expertise in studying new forms and new solutions. It is intended to be a contribution made by the Biennale to encourage closer dialogue with the surrounding world that struggles to innovate.

We have also sown for the future. The Biennale-College project for young artists already engaged in their work is giving unexpected results. It is a question of extending it to all sectors and expanding it. It is a form of intervention that can represent a model of what society should do in future, preparing, in addition to the school system, further support for young people’s first ‘crossing of the street’ towards building their professional skills in all fields; we do it for those who have chosen to apply themselves to an art, but the method is valid for all fields of the future.

More generally I think that the Biennale of the future must primarily maintain its spirit of research, which is the basis of its cultural independence, and the world’s belief in it, without which a cultural institution is destined to become irrelevant.