Until November 2019, the Fondazione Emilio e Annabianca Vedova is celebrating the 100th anniversary of the birth of the Venetian maestro with an exhibition curated by the great artist and friend of Vedova Georg Baselitz.

The year 2019 counts and re-counts one hundred years since the birth of Emilio Vedova, who left us in 2006. An initial synthesis of this extraordinary story has been entrusted to an exhibition at the Magazzino del Sale. The venue is one of Vedova’s sacred places, right in front of the wide Canale delle Navi, a waterway that in its constant liquid and restless flowing expresses the contradiction between a reality that is vital to human existence and its unassailable nature, 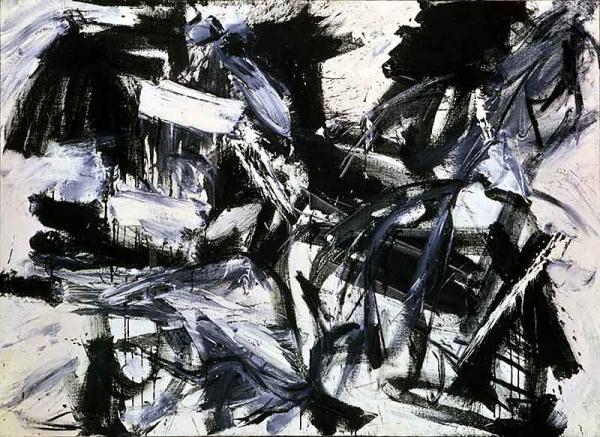 incompatible with every form, in its eternal flowing and dissolving. Water is a symbol of one of the essential themes of Vedova’s poetry, of the contradiction between human situations, between concrete and abstract, between real and ideal. From 17 April to early November, we will have the opportunity to see evidence of the theme Scontro di situazioni ’59-II-1 at the Magazzino del Sale, as well as some artworks from the cycles on Spain and the large and aggressive square teleri of the 1980s. These artworks are among the most significant by the Venetian master and express a precise ethical and political commitment nevertheless manifested with signs and languages that although not figurative are always dramatic. 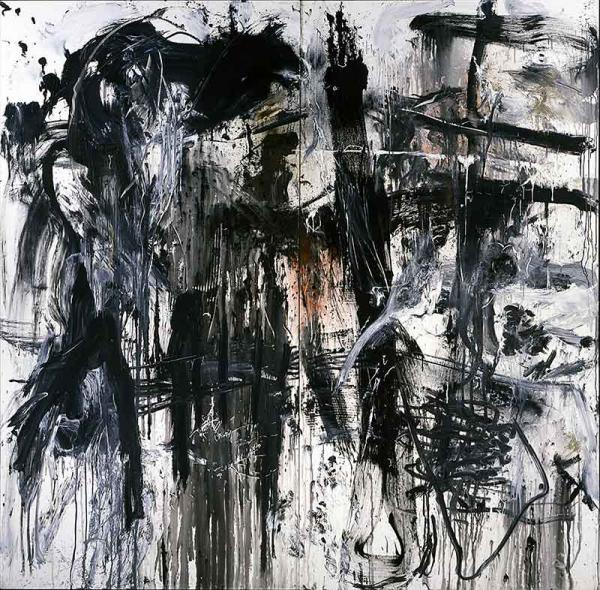 The curator of this exhibition is Georg Baselitz, the great Saxson artist and a friend of Vedova. This is not a coincidence but a story that comes from afar. In 1963, with a great and original gesture of human and artistic solidarity, Vedova went to Berlin, politically divided between east and west, still looking for an identity and urban planning modules for a reconstruction that also needed to be physical. He spent two years there, until 1965, and was fully immersed (to use one of the Venetian master’s favourite expressions) in a world that still felt defeated and that he himself had fought among the hills and mountains of the Veneto. His extremely sensitive antennae led him to look for, meet and support young German artists who had converged on Berlin, writers, sculptors and painters, including Baselitz, who found in Vedova a solid reference, giving rise to an intense friendship that brought Baselitz to generously curate this centenary exhibition in Venice...

The paths we expect to establish coincidences, identities and differences 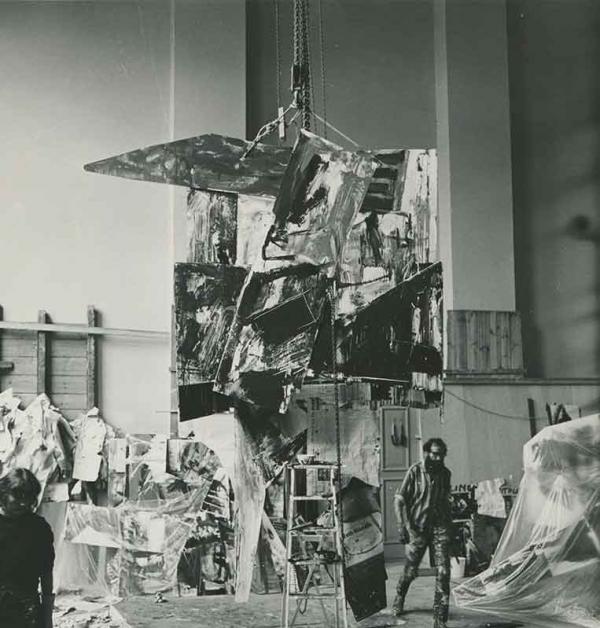 between artists are always difficult, so much so that a comparison between Vedova and Baselitz would be a vain and useless exercise. Certainly, the bowed figures turned completely upside down that Baselitz began painting in the late 1960s undoubtedly express a critical and challenging vision of reality. In other words, they demonstrate a break with the conventions that affect man and his time, almost like imagining an upturned hourglass with grains of sand that go against the rules of gravity, not descending but climbing, inverting the same existential processes of human life. In the end, Vedova finds other ways and other signs to criticise and challenge through an intense involvement in ethics and politics the paths taken by humanity in the inexhaustible and unresolved dialectic between good and evil, immortalised in the extraordinary cycles of Scontro di situazioni and Immagini del tempo. 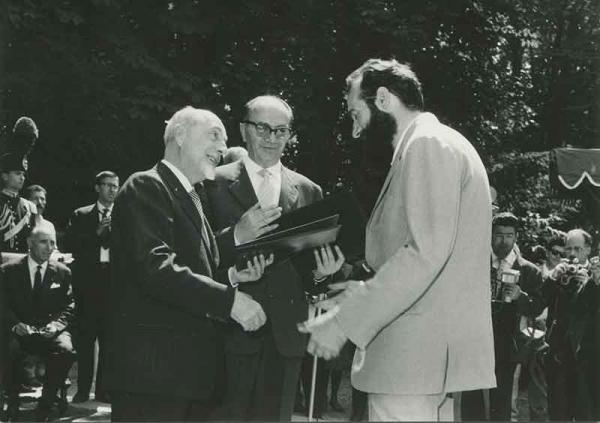 The exhibition, illustrated by the Marsilio catalogue, is, as always, the result of hard work by many, first among them by Baselitz, in a constant partnership with Fabrizio Gazzarri supported, at the Fondazione, by Maddalena Pugliese, Clelia Caldesi Valeri, Sonia Osetta, Bruno Zanon and Elena Oyelami Bianchini, for general coordination and organisation. Communications have again been entrusted to Studio Systema, while credit must go to Elena Pedrazzini’s Twin Studio in Milan for its innovative attention and creativity with the catalogue graphics and other communications materials. I would also particularly like to thank Diego Mantoan for his contribution to the catalogue, which focuses on Vedova and Baselitz’s years together in Berlin.