To coincide with the 58th edition of the Venice Biennale and to mark the seventieth anniversary of the death of Mariano Fortuny, from 11 May a major exhibition will pay tribute to the versatile Spanish artist and the great work of art that was the life of all his family.

How much do social context and family ties count in shaping a man and his artistic personality?
This question was the starting point for the construction of the exhibition project born to pay tribute to Mariano Fortuny on the seventieth anniversary of his death; the artist who more than any other in the twentieth century embodied the ‘da Vinci’ spirit and a Wagnerian idea of the total work of art. 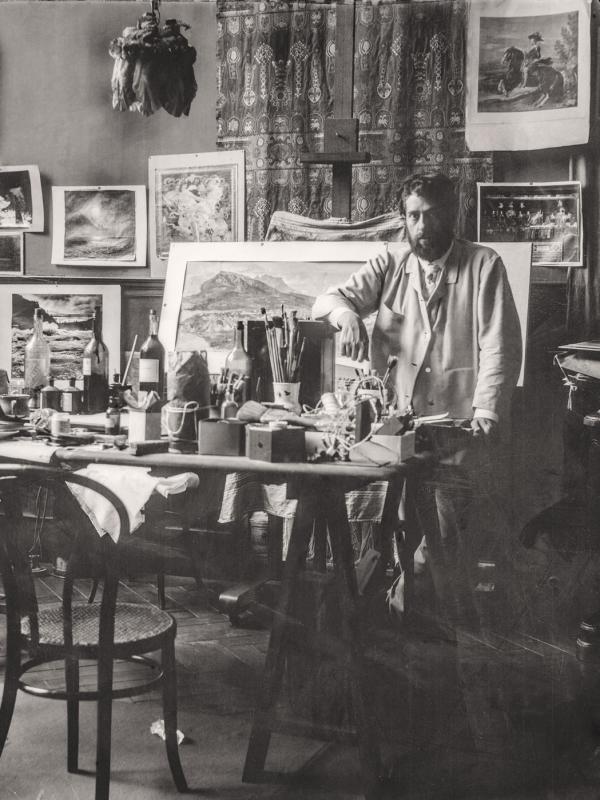 Mariano Fortuny y Marsal and Mariano Fortuny y Madrazo: a father and son, both artists and collectors, are the protagonists of the story to be examined in the Fortuny. A Family Story exhibition.
It is a story that begins in Spain and ends in Venice, in a Palazzo that plays the important role of a place of memory, or rather of theatre of images, and which today constitutes the ideal stage for the unfolding of the narrative plot through which to recompose the imaginative world of the Fortunys, to compare their lives and works, and to highlight the genetic affinities and individual choices.
In the Fortuny family, talent ran in the blood.
Mariano Fortuny y Marsal was born of humble origins and became an acclaimed painter of international fame. In Paris the shrewdest amateurs d’art eagerly contended his works and Adolphe Goupil, a dealer, commissioned a considerable number of paintings from him.
Among Fortuny père’s admirers were Jean-Charles Davillier, a ceramics expert, and Théophile Ga

utier, the famous French writer, poet and knowledgeable critic.
In Rome, where he had completed his artistic education thanks to a scholarship, he opened a studio that soon became a reference point for the artistic life of Rome and beyond.
He travelled a great deal in Italy, Morocco, France and Spain.
Despite his fame, he maintained a sober and secluded lifestyle and loved reading, especially Latin 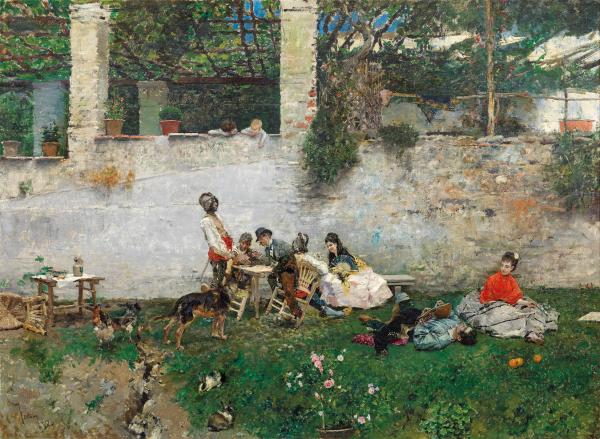 poets and historians. He cultivated a passion for collections of curiosities and was one of the first admirers of Japanese art.
After a brief courtship, he married Cecilia de Madrazo in Madrid. She was the descendant of an illustrious dynasty of Spanish artists and critics. The daughter of Federico de Madrazo, a distinguished painter and the first director of the Prado, she was a great lover of music and an excellent connoisseur of antique textiles.
In 1868, their daughter María Luisa was born in Rome. At the end of the spring of 1870 the family moved to Granada where, on 11 May 1871, Mariano Fortuny y Madrazo was born in the shadow of the Alhambra.
At the end of 1872 the family returned to Rome. They lived in a fine property with a garden directly connected to the studio where Mariano laid out most of his collections and his works. The result was visually overwhelming.
This was the fantastic context in which Mariano fils took his first steps, breathing in the smell of paints, solvents and inks along with the natural scents of the garden. 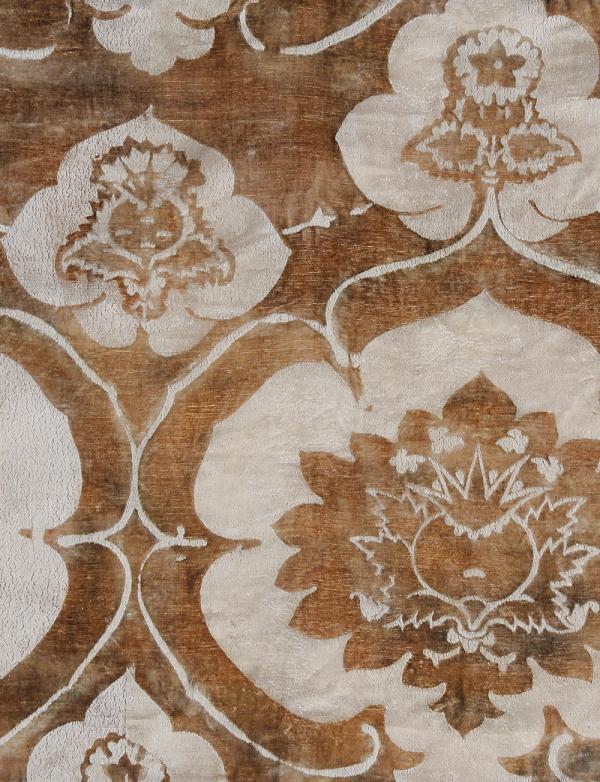 “L’art est le but de ma vie”; Mariano Fortuny fils would remain faithful to this declaration throughout his life. Raised in Paris, where the family moved after his father’s untimely death, his precocious talent was lovingly cultivated by his mother and maternal uncles.
His grandfather Federico used to recount with barely concealed pride how, when visiting Madrid, his nephew loved to accompany him to the Prado to copy the Old Masters, particularly Velázquez, and that at the age of seven he had already painted a picture.
For a time he frequented the studio of Benjamin Constant, but his penchant for experimentation led him to turn his interests elsewhere. After having attended the spectacular Ballo Excelsior at the new Théâtre de l’Éden in Paris with Giovanni Boldini, he decided to devote himself to the study of physics and optics. These studies were used to the full when, on adhering to the Wagnerian notion of Gesamtkunstwerk, Mariano developed and patented an innovative and revolutionary theatrical lighting system called Cupola Fortuny.
In 1889 his mother decided to move the family to Venice, which Mariano chose as his city of adoption.
The young cultured and gifted Spaniard endowed with a lively ingenuity soon became part of the most engaged cultural circles of the city. Palazzo Martinengo, the family residence, became a meeting place for artists, writers, poets and composers, including Josep Mariá Sert, Ignacio Zuloaga, Henri de Régnier, Paul 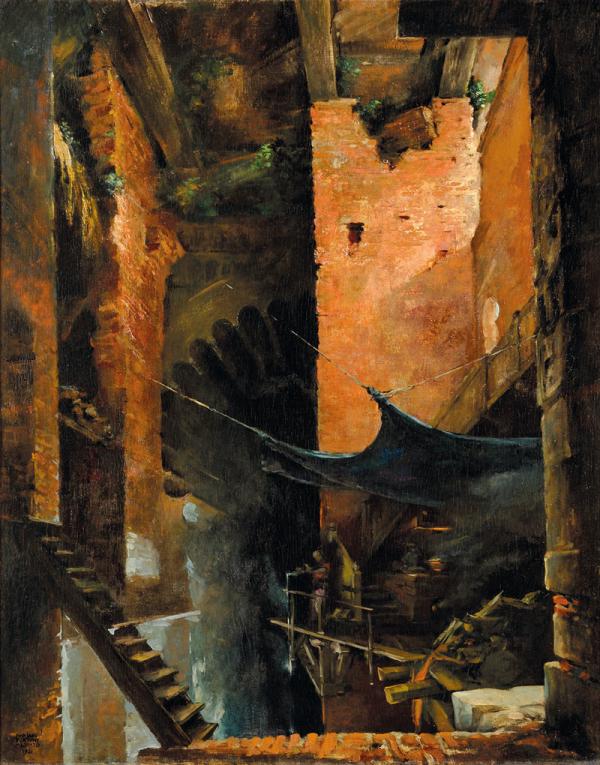 Moran, Marcel Proust, Reynaldo Hahn, Isaac Albéniz, Angelo Conti, Mario de Maria and Ugo Ojetti. However, Fortuny’s many interests did not distract him from the practice of painting.
As sober and reserved as his father, Mariano dedicated himself to the search for an ideal of unchanging beauty over time, which has its roots in the fragments of ancient cultures.
The strong desire for experimentation led Mariano to try his hand at various fields of application. Combining art, science and technology, he worked in theatre and lighting, design and interior decoration, fashion and printing textiles, photography and engraving.
In 1902 he met Henriette Nigrin, his lifetime partner, muse and talented collaborator with whom, at Palazzo Pesaro degli Orfei, he launched the innovative workshop printing on silk and velvet, whose production would make the Fortuny Venise brand famous throughout the world.
For the versatile creator there were no differences between major arts and minor arts; all contribute to the achievement of an ideal of beauty: “Whether it be the wing of a mosquito or a huge mountain, in no way could one be more important than the other”, he wrote in 1896. 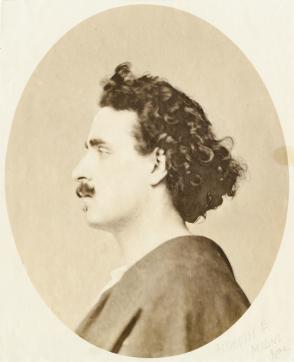 Mariano preferred to immerse himself in his studies than to worldly matters, or to painting within the protective shadows of his palazzo, on which he impressed his brilliant imprint, transforming it into a powerful and labyrinthine scenic machine in which light dictates the rhythms of the eye. Every single space, every single object, had a very specific role in a skilled and bewitching game in which the double mirror of truth and fiction, life and representation are closely intertwined.

The text is an excerpt from the exhibition catalogue of I Fortuny. Una storia di famiglia